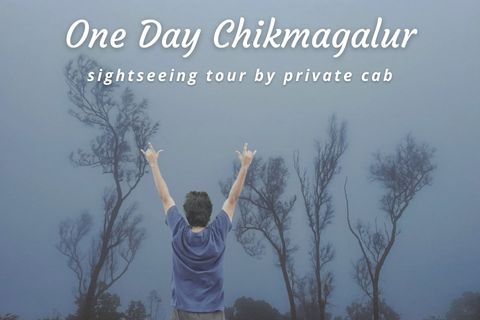 Note:The check post is the entry point for the falls were u need to take jeep

One of nature's most enchanting waterfalls amongst the 35 waterfalls of Karnataka, Hebbe Falls is situated about 10 km away from the famous hill station Kemmangundi in Chikmagalur town in Karnataka, India. The waterfalls gushes down from a height of 551 ft in two stages to form Dodda Hebbe and Chikka Hebbe meaning Big Falls and Small falls respectively. The majestic falls are located inside a coffee estate and can be reached either by a walk or via a four-wheeler.

Hebbe Falls is one of the most sought after destinations in Chikmagalur that attracts nature lovers and adventure seekers alike. Professional trekkers start their trek from Tarikere that takes them an entire day to reach Kemmanagundi covering a distance of 35 km. This trail is considered as a trekkers paradise as it covers exotic coffee estates, rich flora and fauna on its way.

For a shorter trek one can reach the forest check post, and walk from the Karnataka Horticulture Department guest house which is 10 km away from the waterfalls. One can enjoy nature’s beauty by trekking to the waterfalls. However, caution must be exercised while walking as the place is filled with leeches, especially in the rainy season when their number grows exponentially.

The trekking route is home to a pond and three enchanting streams as well as Chowdeshwari Mahashakthi Devathe temple where locals offer their prayers and take a dip in the nearby stream. Few nature lovers take the risk of trekking during monsoons to watch herds of elephants that throng the place.

For not so adventurous tourists, the alternative option is to take a government approved forest jeep which goes through private estates. It takes an hour to cover the trail in a jeep while walking takes longer time. However, the last kilometer starting from Khoday's Estate needs to be trekked in order to reach the falls. Jeeps charge around Rs. 3200 per jeep for a group of 6 to 8 people starting from Kemmangundi.

Along the way, one can witness scenic wonders enthralling the nature lovers. The ride through the narrow and steep path to reach the falls is worth the effort as one can hear the sounds of splashing water from a distance, heightening your sense of suspense and excitement. It is the perfect location to unwind and distress.

One of the exquisite features of these falls is that the water is infused with medicinal herbs offering healing qualities. It is like a natural jacuzzi with exotic herbs mixed into the water. So take a dip in these healthy waters and feel the difference. During the monsoon, the waterfall becomes voluminous and makes thunderous sounds that can be heard from afar. Apart from being one of the most picturesque tourist attractions in South India, the medicinal herbs also attract biologists and scientists.

Apart from the waterfalls, there are other places that nature lovers can visit on their trip to this enchanting falls. Here are a few of them:

Kemmangundi Hill: Also known as Krishna Rajendra hill station, Kemmangundi Hill is located in Tarikere of Chikkamagaluru district in Karnataka. Located at a distance of 8 km from the falls, this hill station offers incredible view of sunset.

Kallathi falls: Also known as Kallathigiri falls and Kalahasthi falls, the gorgeous Kallathi falls descend from a height of about 122 meters. It is believed that Maharshi Agastya used to live here.

The Best Time to visit the falls would be during the winter months from October to January as the water level would be higher and one gets the most of the greenery in view. However, avoid peak monsoons as the path gets slippery and water flow would be dangerous to get closer and swim.

There is no entry fee to visit the falls. However, for a jeep ride from Kemmangundi, around Rs. 3200 is charged per jeep for a group of 6 to 8 people.

How to Reach Hebbe Falls Chikmagalur

From Chikmagalur Bus Stand, the waterfalls is located at an approximate distance of 70 kilometres.

Hebbe Falls can be reached either on foot or on a four wheeler from Kemmanagundi. One can also opt for 1 day Chikmagalur tour in a private cab or book a cab from Chikmagalur car rentals. One can also trek 8 km through a narrow and steep path to reach the site.

Tarikere junction is the nearest railway station from where one can hire a local taxi to reach the trekking spot.